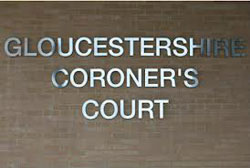 The contract includes hospital and community deaths and covers the entire county. It is a privilege to represent HM Coroner in Gloucester and to respond to the most acute situations families face though out the county. Our service to the Coroner is continuous day and night and we pride ourselves on the professionalism which we contribute towards the Coroner's Service and which is reflected through the care and dignity which we extend to the families in turn.